ONE WAY TOP SPEED
Out Now! 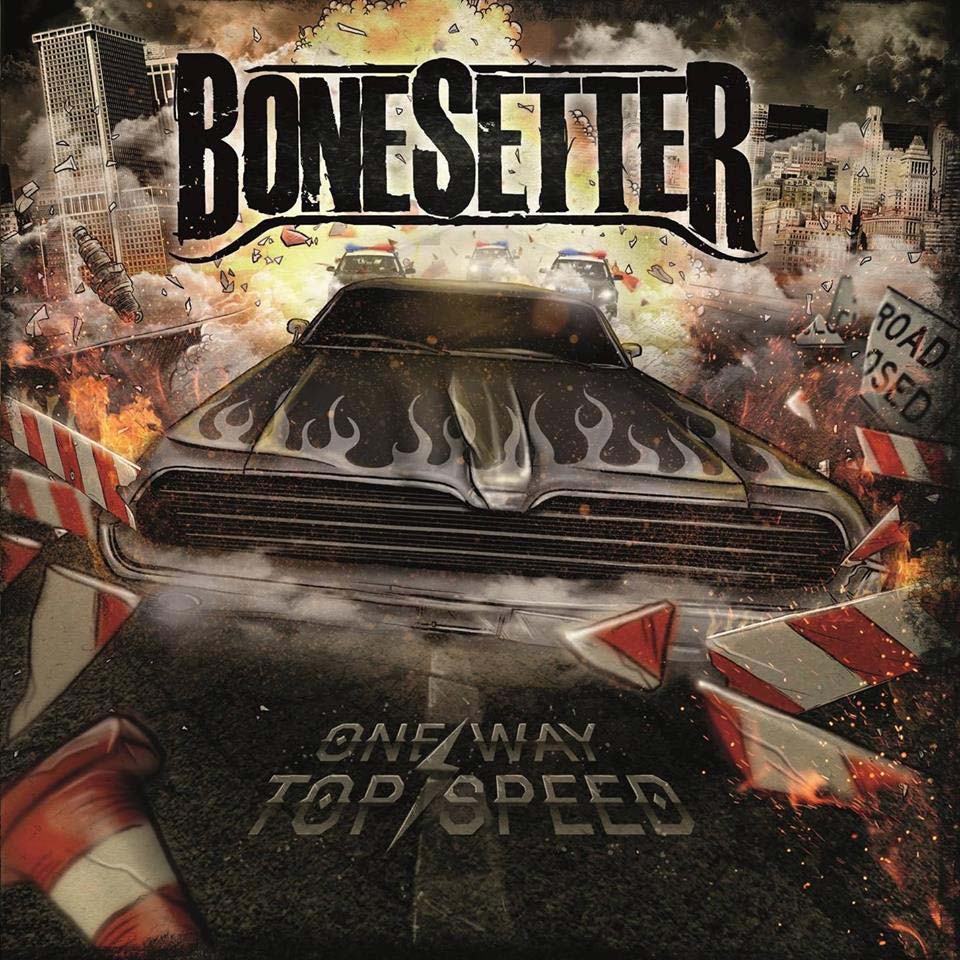 Bonesetter was founded in 2010 by the guitar duo Franz Schröter and Hendrik Labisch, who with his distinctive voice is the flagship of the band. Their first EP "Short Fast Merciless" was recorded and released at KR Music Studios between 2012/13. There are 6 strong hard rock songs that only give an idea of ​​what the band will create.

After Bonesetter successfully rocked the stages of the republic again and forged new neckbreakers in intensive songwriting sessions, they returned to the studio to record their first album "One Way Top Speed" and release it in summer 2017.

During the tour of the same name in 2018 and 2019 there were some line-up changes in the band. Bonesetter is now complete again with Anna Nosferati (bass) and Fabio la Perna (lead guitar) and ready to implement new projects in 2020.

The next level is calling!

In our Bonesetter Shop you get our CDs, T-Shirts and many more fan articles!